Artists > Morgan O'Hara
Information about the Prints
Morgan O’Hara (born 1941 in Los Angeles) was raised in an international community in post-war Japan. Her practice researches vital movement of living beings through live transmission, a performative drawing process she invented in 1982. O’Hara met John Cage when she was a twenty-year-old art student in Los Angeles, and his thinking, writing, and music have been a significant influence ever since. She often creates her drawings in international performance art festivals, and she has been commissioned to make numerous site-specific wall drawings.

O’Hara draws in real time with multiple razor-sharp pencils and both hands. She condenses closely observed movement into accumulations of graphite lines, combining the controlled refinement of classical drawing with the sensuality of spontaneous gesture. Her live transmissions render normally invisible or fleeting movement patterns visible through seismograph-like drawing. These prints depict the movements of three musicians of the band Drawn to Sound during a performance in Brooklyn, a child at play in Germany, and a rooster scratching the earth for bugs in Mexico.

O’Hara’s work is represented in many public collections, including the British Museum; the Metropolitan Museum of Art; the National Gallery of Art, Washington; the Hammer Museum, Los Angeles; the Cranbrook Art Museum, Detroit; the Czech National Gallery, Prague; the Macau Art Museum, China; and the Stedelijk Museum, Amsterdam. Her permanent site-specific wall drawings can be found in Amsterdam, Macau, and Kobe, Japan. 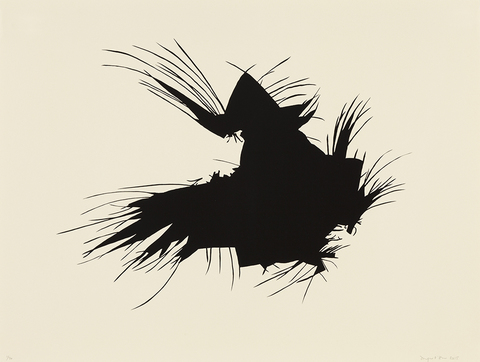